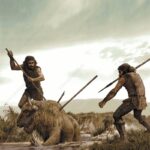 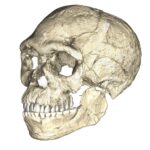 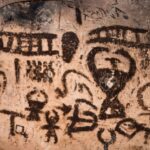 My history with spirituality started at a young age as my mother was involved in the “New-Age” discipline (at the time (circa the ‘70s and ‘80s)), so I absorbed some of those beliefs during those studies. This was later followed by an approximate six to eight-year intense internship (of a sort) with a Navajo spiritual leader near my home in Tucson, Arizona. I spent a lot of time listening and absorbing his teachings about the Navajo history and religious beliefs, many of them being ingrained into my subconscious psyche that would resurface many times throughout my life. Much later in my life I formally studied religion at Wayland Baptist University here in Anchorage, Alaska. Throughout my formal studies, my lovely bride of more than three decades remained a devout Christian, and I’m sure, prays nightly for my Christian redemption. She provided a constant explanation and understanding of the Christian mainstream theology. However, I personally struggle with being mainstream anything, much less religious.

This led to the study of “the Nation of Islam”, or the Muslim faith. In much the same way the Christian faith demanded obedience to an authoritative figure within the theology The formalized way to celebrate seemed to be nothing more than a display of the faithful, with no real practical benefit. This was followed by Buddhism, Confucianism, and many different monotheistic religions throughout the world. I also noted regional alterations to each of the religions, which led me to ask “what exactly is the core belief of this doctrine”? Surprisingly enough, they all came down to several key values.

Following my education at Wayland, I embarked on a journey of understanding both: my own theology, as well as gaining compassion to understand other’s need for religion. It was through these in-depth studies, I arrived at several key milestones in understandings about the Christian faith.

While there exists very little real documented evidence, these early nomads most probably brought with them the “Altaian Shamanism” as their primary ideology of spiritualism and worship. Being only moderately familiar with the areas of Alaskan tribes, my thought would be that these Altaian nomads would become the ancestors of the current Athabaskan tribes (established approximately 2.5 kya). The practice of dance, mysticism, and worship, evolved over time and was probably fairly modified by the time the ice sheet receded far enough to allow migration south, and east (approximately 14.5 kya). So, by the fact that humans came to North America via Alaska, I think it only fitting that we can safely assume that the many tribes throughout the state owe their existence (and more importantly, spiritual beliefs) to this first group who made the journey over that bridge back then.

Ok, we’ve covered a substantial number of reasons why I’ve moved away from major mainstream religions and obtained my spiritual encouragement by adopting a more Native American spirituality. Looking back into the simplicity of understanding our world without the interference of modern influences. I have chosen to recognize the value of Eastern Beringian Shamanism (slight modification of Altaian Shamanism). Knowing that there are spirits within all living things and that I must draw upon their knowledge and wisdom to navigate the perils of this life.

Understanding that I am a product of a perfect “Creator”, who has created millions of organizations throughout the universe, and has led us (as humans) to reach out and discover his creations, and working to achieve harmony with my world. I realize that my creator created spirits that he set within every living thing throughout the history of the world and that we start our existence as a spirit, and we become a spirit after passing from this biological life form.

I am at peace with the idea of passing from this life, knowing that I will be at peace with the creator. I no longer stress the “sins” of those around me, until me or my family, then I react accordingly. I treat everyone the same way they treat me. If they exhibit negative energy, I am but a reflection. If they come with open arms and heart, I am again, a reflection. I seek to educate others, but never shun or shame them for believing differently. 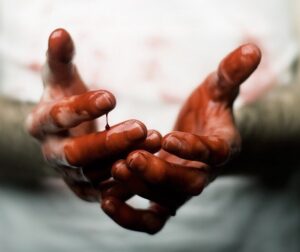 As my studies continued further back, I understood the carnage that these modern religions caused. As I read the accounts from the many victims throughout history who have been "forced" to adopt the modern religious beliefs of individuals who infected the new worlds, I became greatly saddened by my recent ancestors. I have read accounts where "missionaries" destroyed indigenous peoples by either: crushing their culture and traditions, or by infecting them with germs that those indigenous peoples had no immunity, effectively sentencing them to death. What really "converted" me was the understanding that it was considered a good thing in the studies of those practices? Mass murder was sanctioned in their efforts to bring this "good word" to the heathens of the West.

This single point was the most painful in my spiritual awakening, knowing that my immediate genealogy was responsible for the destruction of these cultures, which is a primary reason I have chosen to promote this lifestyle, and these cultures. They were right from the very beginning, it was arrogance that caused their eradication, it will be knowledge and wisdom that brings it back.

I have struggled with many of the main concepts behind each of the doctrines, as I engaged in an in-depth examination of each, as well as interviewing the end-result (or parishioner) which defined the level of distribution of the base ideology.

By being able to identify these core values of each religious doctrine, it allowed me to properly contrast other doctrines against each other to determine the methodology at which it was derived.

Back to the basics. When discussing religious beliefs, we must identify the different religions throughout the world based on the underlying ideology. Notice, I didn’t use the term theology, because we outside looking in at this point. Holding each religion inside its own slide under the microscope.

Mainstream Doctrine. One of the first things that come to mind whenever discussions of the mainstream religions are the way the religion was distributed. In many cases, each of the mainstream religions forced followers into submission, in some cases taking everything away from individuals who wouldn’t convert. Hundreds of years were bundled into the adoption of these religious beliefs, in some very limited cases, this practice is still in use today. This fact alone tells me that there is something systemically wrong with a doctrine when it has to be “forced”.

Traveling further back in history, before the rise of monotheistic worship with Judaism, we find Ancient Greek, Egyptian, and Norwegian cultures celebrated many gods, who were tasked with manipulating a particular aspect of human life. Worship ranged from feasting to mass parties, or battle, depending on which god one needed to appease.  Human and animal sacrifice was sometimes used within the realm of inclusion here.

While there is plenty of benefits, the strongest would be our (humankind’s) magnetic attraction for social interaction. We are genetically engineered to be social with one another. To this extent, we can quickly draw visible lines between methods of societal control, to the detrimental beliefs within each of the major doctrines. Potential detriments of major doctrines 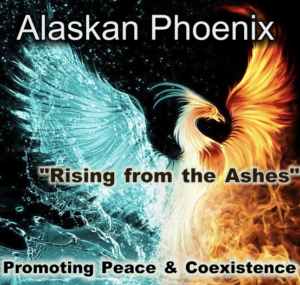 Our Sunday morning teachings will be distributed through the same channels as the Alaskan Outlaw. The teachings will provide wisdom provided by the Shaman's journeys through the spiritual world and communications with the ancestors, as well as animal spirits. The Alaska Phoenix only teaches Peace and Coexistence.

Sit with your feet flat on the floor when at a desk or computer terminal.”
--100SimpleBooks

Intel vs Conspiracies in today’s world,