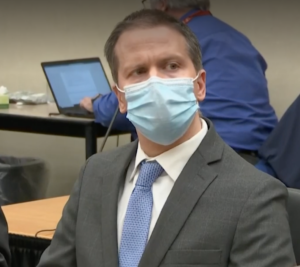 The officer who detained George Floyd, and ultimately wound up killing him, was found guilty in a Minneapolis courtroom. I think this marked an interesting transitional period in the application of justice in the United States. There have been hundreds of cases where police officers have had to engage in “deadly force” that did not escalate to the level that several high-profile cases have over this last year. I think the consistent call for “defunding the police” has led to a societal willingness to begin the transition of accepting community policing responsibility back to its citizens. However, while I think the justice system has far outreached its responsibilities, the fact remains that the citizens of each community have surrendered those policing activities for fear of retribution from the criminal elements.

On the first hand, law enforcement officers who disregard the rights of those whom they have placed in their custody have to be held accountable for injuries sustained by their suspect. This has been a portion of the custody scenario for as long as the ACLU has been around. The general rule of thumb is that ANYONE who places another human being into “custody” they then become completely responsible for the health and safety of that individual. I understand the whole idea of the suspect resisting arrest, thereby making it somewhat difficult to keep them safe and healthy.

On the other hand, it would seem that (in this case) that the jury, and the justice system as-a-whole, was somewhat swayed by public opinion. With the looming potential of a violent reaction occurring if the State’s case wasn’t presented well enough, and an acquittal was achieved. I wonder if this fact had any sway on jurors who decided the case. While the debate may go on forever, particularly given the very publicized opinion of many different (authoritative) figures, both: in that community, and across the nation. So, while the final verdict was the conviction of the primary officer, the idea that true justice was achieved remains debatable.