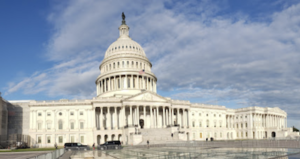 As the electorate votes were counted in the congressional chambers of the US Capitol, a peaceful protest outside turned violent. With a multitude of individuals using the opportunity in a vile attempt to thwart democracy at work. Their ambition was to disrupt the certifying the electorate college’s votes being presented inside. Their mission was a failure, the votes were counted, and more importantly, those representatives who were “objecting” to the count (based on legal proceedings), no longer objected as defiantly. So, ultimately the idea behind the violent rush on the capital failed and increased the counter-productiveness by encouraging those who opposed, to change their votes because of the threat. Several individuals are claiming to have been “swept up in the moment”, however, based on years of psychological studies of criminal behavior, I would strongly disagree. They simply got caught.

It has been proven time and time again throughout the history of the world, that the method of oppression and violence has never been a solution. Just within the last 150 years, we can easily see this concept of “terrorism” or fear-mongering failing to achieve the objective. On the same note, we can see peace and cooperation working more often than not. Peaceful protests, and negotiations, injecting new ideas and direction, achieving much more in a much shorter time. While there are those among us who seek to “prove” something, to enforce their doctrine on the rest of society, yet failing due to their misunderstanding of cohesion and cooperation.

We here at the Alaskan Outlaw are pleased that the law enforcement community is holding those who would undermine our nation’s democracy accountable for their actions at the US Capitol. While we applaud the US Congress for issuing an impeachment order for the current administration, we know that, those individuals who decided to break the laws and forcefully enter the capital building knew what they were doing, and acted on their own behalf. We look forward to working with the new administration in helping the United States leave this rhetoric being spewed over the internet behind, moving forward together to create a nation of peace of community pride. Every crew should be well informed of safety procedures before the job begins.”
--100SimpleBooks